Gautam Buddha – Blowing out the candle

Gautam Buddha – Blowing out the candle 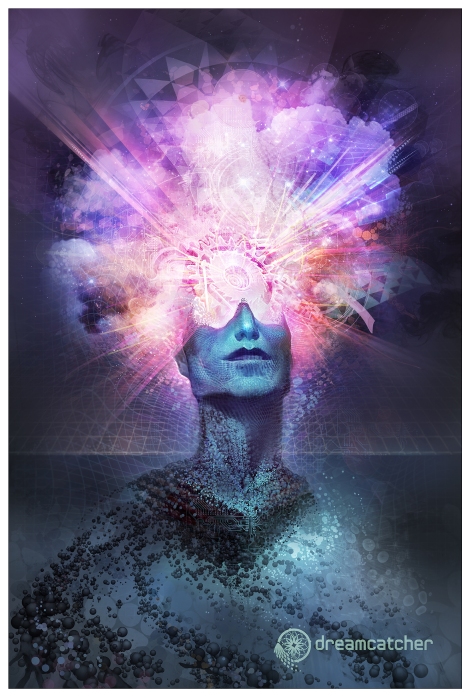 Android Jones
.
When I close my eyes, I feel such an enormous presence,
such a vast isness, such a beatitude.
.
But it is a fullness, not an emptiness.
.
Could you please say something
about the difference between this fullness,
and the emptiness or nothingness which You are speaking of?
The fullness that you are experiencing and the nothingness that I have been speaking about are just two names for the same thing seen from two different perspectives.
.
If you look at it from the world of miseries, anxieties, darkness and death, it is nothingness – because all those things are absent. You whole so-called world and its experiences are no more in it.
.
But if you look at what is left, or at what is revealed because of the absence of misery and darkness, then you are full of blissfulness, full of light, of enormous presence and beatitude, a great benediction. It is fullness.
.
It is empty of the world and full of God, it is empty of all your falsities and full of your essential reality.
.
These two words are not contradictory; they are indicating the same experience from two different perspectives.
.
It is significant to understand that there is only one person, Gautam Buddha, who has used nothingness, emptiness for the ultimate experience. All other mystics of the world have used fullness, wholeness, as the expression, the indication of the ultimate experience.
.

Why did Gautam Buddha have to choose a negative term?

The idea of fullness, the idea of God, the idea of perfection, the idea of the absolute, the ultimate – all are positive terms. And Gautam Buddha was amazed to see the cunningness of the human mind.

To the cunning mind, the idea of fullness and the positive terms indicating it became an ego trip: “I have to become God. I have to attain the absolute, the brahma; I have to achieve the ultimate liberation.” The I became the center of all our assertions.

And the trouble is that you cannot make the ultimate experience a goal for the ego.

Ego is the barrier; it cannot become the bridge.

So, all the positive terms have been misused. Rather than destroying the ego, they have become decorations for the ego. God has become a goal; you have to achieve the goal. You become greater than God.

And all the religions have fallen because of this simple innocence of the mystics. 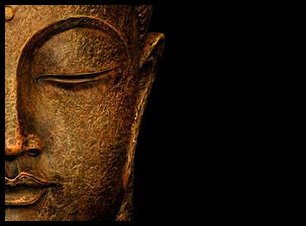 Gautam Buddha was the most cultured and the most educated, the most sophisticated person ever to become a mystic. There is no comparison in the whole of history. He could see where the innocent mystics had unknowingly given chances for cunning minds to take advantage. He decided not to use any positive terms for the ultimate goal, to destroy your ego and any possibility of your ego taking any advantage.

He called the ultimate, nothingness, emptiness, shunyata, zero. Now, how can the ego make zero the goal? God can be made the goal, but not zero.

Who wants to become zero? – that is the fear. Everybody is avoiding all possibilities of becoming zero, and Buddha made it an expression for the ultimate.

His word is nirvana.He chose a tremendously beautiful word, but he shocked all the thinkers and philosophers by choosing the word ‘nirvana’ as the most significant expression for the ultimate experience.

Nirvana means blowing out the candle.

The other mystics have said that you are filled with enormous light, as if thousands of suns together have suddenly risen inside you, as if the whole sky full of stars has descended within your heart.

These ideas appeal to the ego.

The ego would like to have all the stars, if not inside the chest then at least hanging on the coat outside the chest. ”Enormous light”… the ego is very willing.

To cut the very roots, Buddha says the experience is as if you were to blow out a candle. There was a small flame on the candle giving a small light – even that is gone, and you are surrounded with absolute darkness, abysmal darkness.

People used to come to ask him, “If you go on teaching such things, nobody is going to follow you. Who wants darkness, enormous darkness? You are crazy. You say that the ultimate experience is ultimate death. People want eternal life, and you are talking about ultimate death.”

But he was a very consistent man, and you can see that for forty-two years he hammered on the genius of the East without ever compromising with the ego. He also knows that what he is calling darkness is too much light; that’s why it looks like darkness. If one thousand suns rise in you, what do you think? – that you will feel enormous light?  You will feel immense darkness, it will be too dazzling. Just look at one sun for a few seconds – and you will feel your eyes are going blind. If one thousand suns are within you, inside the mind, the experience will be of darkness, not of light.

But he never talked about those things. He never said that darkness would ever turn into light.

And he never said that death would become a resurrection at some later point, because he knows how cunning your ego is. If that is said, the ego will say, “Then there is no problem. Our aim remains the same; it is just that we will have to pass through a little dark night of the soul. But finally, we will have enormous light, thousands of suns.”

One thing becomes very clear: although he used, for the first time, all negative terms, yet the man must have had tremendous charismatic qualities. He influenced millions of people.

His philosophy is such that anyone listening to him would freak out. What is the point of all the meditations and all the austerities, renouncing the world, eating one time a day … and ultimately you achieve nothingness, you become zero! We are already better – we may be miserable zeroes, but we are at least.

Certainly, when you are completely a zero there cannot be any misery; zeroes are not known to be miserable – but what is the gain?

There are many reasons for the disappearance of Buddha’s thoughts from India, but this is one of the most significant. All other Indian mystics, philosophers, and seers have used positive terms.

And for centuries before Buddha, the whole of India was accustomed to thinking only in the positive; the negative was something unheard of. Under the influence of Gautam Buddha they followed him, but when he died his following started disappearing – because the following was not intellectually convinced; it was convinced because of his presence.

Because of the eyes of Gautam Buddha they could see:”This man – if he is living in nothingness then there is no fear, we would love to be nothing. If this is where zeroness leads, if by being nothing such lotuses bloom in the eyes and such grace flows, then we are ready to go with this man. The man has a magic.”

But his philosophy alone will not convince you, because it has no appeal for the ego.

And Buddhism survived in China, in Ceylon, in Burma, in Japan, in Korea, in Indochina, in Indonesia – in the whole of Asia except India – because the Buddhists who reached there dropped negative terms. They started speaking in positive terms. Then the ultimate, the absolute, the perfect – the old terms returned. This was the compromise.

So as far as I am concerned, Buddhism died with Gautam Buddha.

Whatever exists now as Buddhism has nothing to do with Buddha because it has dropped his basic contribution, and that was his negative approach.

I am aware of both traditions. I am certainly in a better position than Gautam Buddha was. Gautam Buddha was aware of only one thing – that the ego can use the positive. And it is his great contribution, his courageous contribution, that he dropped the positive and insisted on the negative, emphasized the negative – knowing perfectly well that people were not going to follow this because it had no appeal for the ego.

I call my approach the only holy approach.

All other approaches up to now have been half-half. Mahavira, Shankara, Moses, Mohammed, all used the positive. Gautam Buddha used the negative. I use both, and I don’t see any contradiction.

If you understand me clearly, then you can enjoy the beauty of both viewpoints, and you need not be exploited by your ego or be afraid of death and darkness and nothingness.

July 31, 2010 | Categories: Gautam Buddha - Blowing out the candle | Tags: All the religions have fallen, Android Jones, Beyond Enlightenment, Buddhism died with Gautam Buddha, Burma, Ceylon, China, Dark night of the soul, darkness and death, Ego is the barrier, Emptiness, full of light, Gautam Buddha, Gautam Buddha had to deny that God existed, If one thousand suns rise in you, Indochina, Indonesia, Japan, Korea, Living in nothingness, Mahavira, miseries, Mohammed, Moses, Nirvana, Nirvana means blowing out the candle, Nothingness, of enormous presence and beatitude, Osho, Shankara, Shunyata, The Absolute, The Brahma, The innocent mystics, The only holy approach, The ultimate experience., Ultimate death, www.osho.com, you are full of blissfulness, Your essential reality, Zero | 1 Comment