In the Middle Ages, Christianity came to face a danger.

There were thousands of women who were far wiser than the bishops and the cardinals and the pope.

They knew the art of transforming people’s lives.

The word `witch‘; was one of the most respected words, as respected as `mystic’ a wise man. It simply meant a wise woman, the parallel to a wise man.

Their whole philosophy was based on love and transformation of sexual energy, and a woman can do that more easily than a man. After all, she is a mother and she is always a mother.

The quality of motherliness is not something connected with age, it is part of womanhood.

And the transformation needs a very loving atmosphere, a very motherly transfer of energies.

It was a man’s world up to then; and they decided to destroy all witches.

But how to destroy them? It was not a question of killing one woman but thousands of women. So a special court was created for enquiry, to find out who was a witch.

Any woman said by Christians to have had an influence on people and who people respected was caught and tortured, so much so, that she had to confess. They wouldn’t stop torturing her until she confessed that she was a witch.

And according to the Christian mind, to Christian theology, the meaning of witch was changed: a witch is one who is having a sexual
relationship with the devil.

You don’t hear any more of any devil having a relationship with any woman. Either the devil has become a Christian monk, a celibate, or… what has happened to the devil? Who was it that was having sexual relationships with thousands of women? And these women were mostly old women. It doesn’t seem to be rational.

When young and beautiful women were available, why should the devil go to the old, the very old women?

But to become a witch, it was a long training, a long discipline, a long experience. So by the time a woman was a witch – a wise woman – she was old; she had sacrificed everything to attain that wisdom, that alchemy.

They forced these poor old women into saying that they were having sexual intercourse with the devil. Many of them tried hard… but the torture was too much.

They tortured these women in many ugly ways, just for one thing: they should confess. The women continued to try to say that they had nothing to do with the devil, that there was nothing to confess. But nobody listened to them; they went on torturing them.

You can make anybody confess anything if you go on torturing her. A point comes when she feels it is better to confess rather than to unnecessarily suffer the same torture every day. And it would have continued for her whole life.

Once a woman confessed that she was a witch and was having a sexual relationship with the devil, her torture was stopped and then she was presented before a court, a special court made by the pope, and before the court she was to now confess. And once she confessed before the court, the court was able to punish her, because it is the greatest crime in the eyes of Christianity. 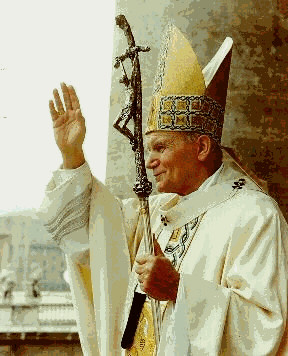 The only punishment was to be burned alive so that no other woman dared to be a witch again. On what authority was Christianity burning these women?

They destroyed thousands of women and completely removed a very significant part of humanity. And all the wisdom that those women contained – their books, their methods, their techniques of transforming man, transforming man’s energy….

They were carrying the older and more ancient tradition of the days when the world was pagan.

They were nature worshippers.

It is strange how blind humanity is. And yet these people go on speaking beautiful words.

But this is not new. This has been going on since the crucifixion of Jesus.

If that poor carpenter’s son had known that this is what was going to be the ultimate result of his teachings, Jews would not have been needed to crucify him; he would have committed suicide himself!.

Osho: Transmission of the lamp

October 31, 2008 | Categories: A Witch - Wise Woman | Tags: A Witch - A Wise Woman, Bishops, Cardinals, Catholicism, Christian theology, Christianity, Christianity has been killing people in the name of religion, Completely removed a very significant part of humanity, It is strange how blind humanity is, Love and transformation of sexual energy, Nature worshippers, Osho, pagan, Pope, Religion, sexual energy, The art of transforming people's lives, The crucifixion of Jesus, The only punishment was to be burned alive, There is no need of a God, There is no need of a Jesus Christ, Transmission of the lamp, Womanhood | 1 Comment